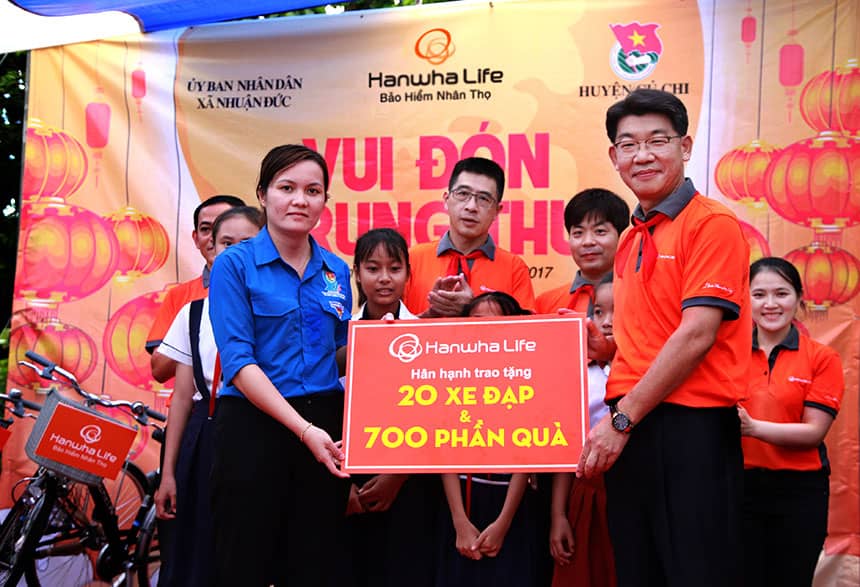 Held, the event titled “Celebrating Mid-Autumn Festival with Kids in Cu Chi” aimed to bring joy and happiness to disadvantaged children in the outlying district of HCM City.

Mr. Back Jong Kook, chairman and general director of Hanwha Life Vietnam, gives away 20 bicycles and 700 other gifts to students at the Nhuan Duc Primary School in HCM City’s Cu Chi District.

The children gathered to enjoy the moonlight and participate in various joyful activities like a culinary fair, a lantern making competition, folk games and performances by clowns besides receiving gifts.

The entire Hanwha management board and employees joined them to play folk games, make lanterns and eat moon cakes to celebrate the festival with the kids.

Hanwha donated bicycles to 20 poor students to enable them to go to school.

Mr. Back Jong Kook, chairman and general director of Hanwha Life Vietnam, said: “I hope these activities today will bring kids a warm and happy Mid-Autumn Festival night. Moreover, the activities of making lanterns, participating in folk games will help them love, understand and preserve the country's cultural traditions.” 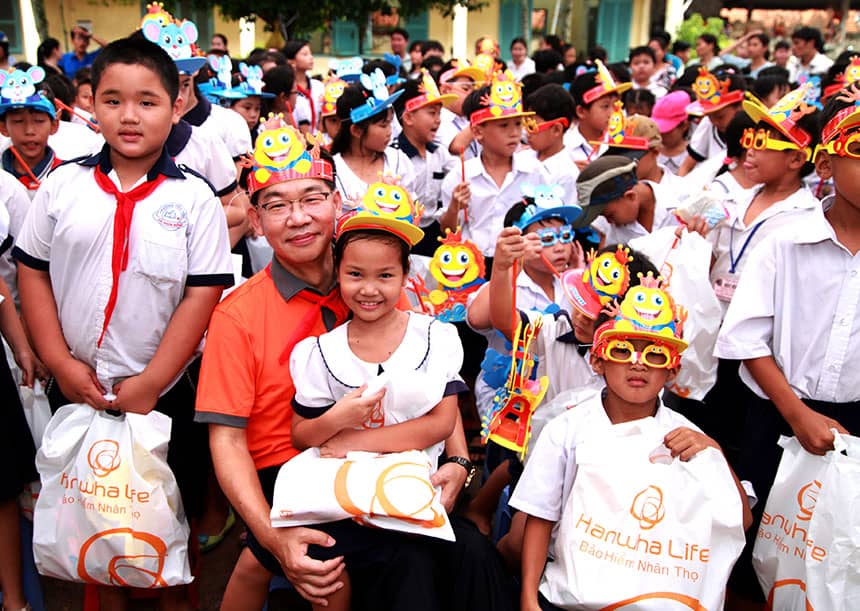 Mr. Back Jong Kook enjoyed the Mid-Autumn Festival with students

During its eight-odd years in Viet Nam, Hanwha Life has made significant contributions to the community through a variety of activities in areas ranging from healthcare to education, donating a total of VND22 billion (US$970,000) (from 2013 to 2016).

It has demonstrated the company’s long-term commitment to making positive contributions to the Vietnamese community.

Since 2014 Hanwha has collaborated with the Sponsoring Association for Poor Patients in HCM City to gift health insurance cards to poor people in many provinces at an estimated cost of VND6.3 billion ($277,500).

For its unceasing efforts, Hanwha Life Vietnam was the proud winner of the 2015 Corporate Social Responsibility (CSR) Award given by the Ministry of Planning and Investment in co-ordination with South Korea’s Ministry of Trade, Industry and Energy. 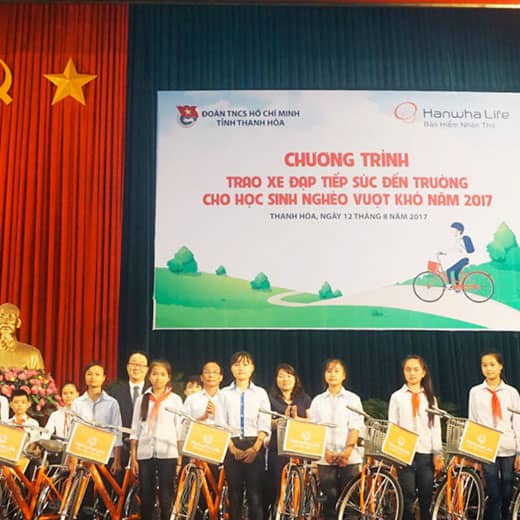 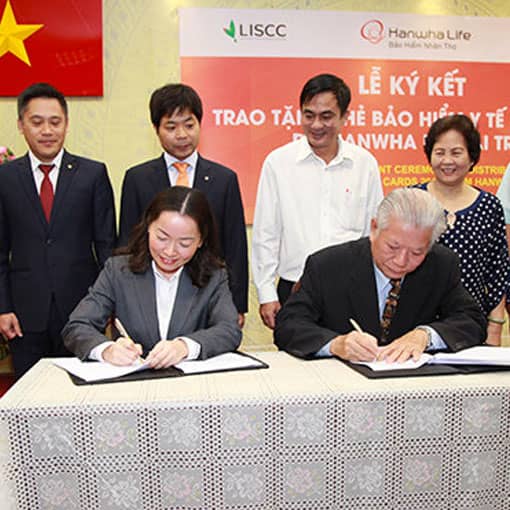